Six Months to Get a Life - Guest Post Ben Adams 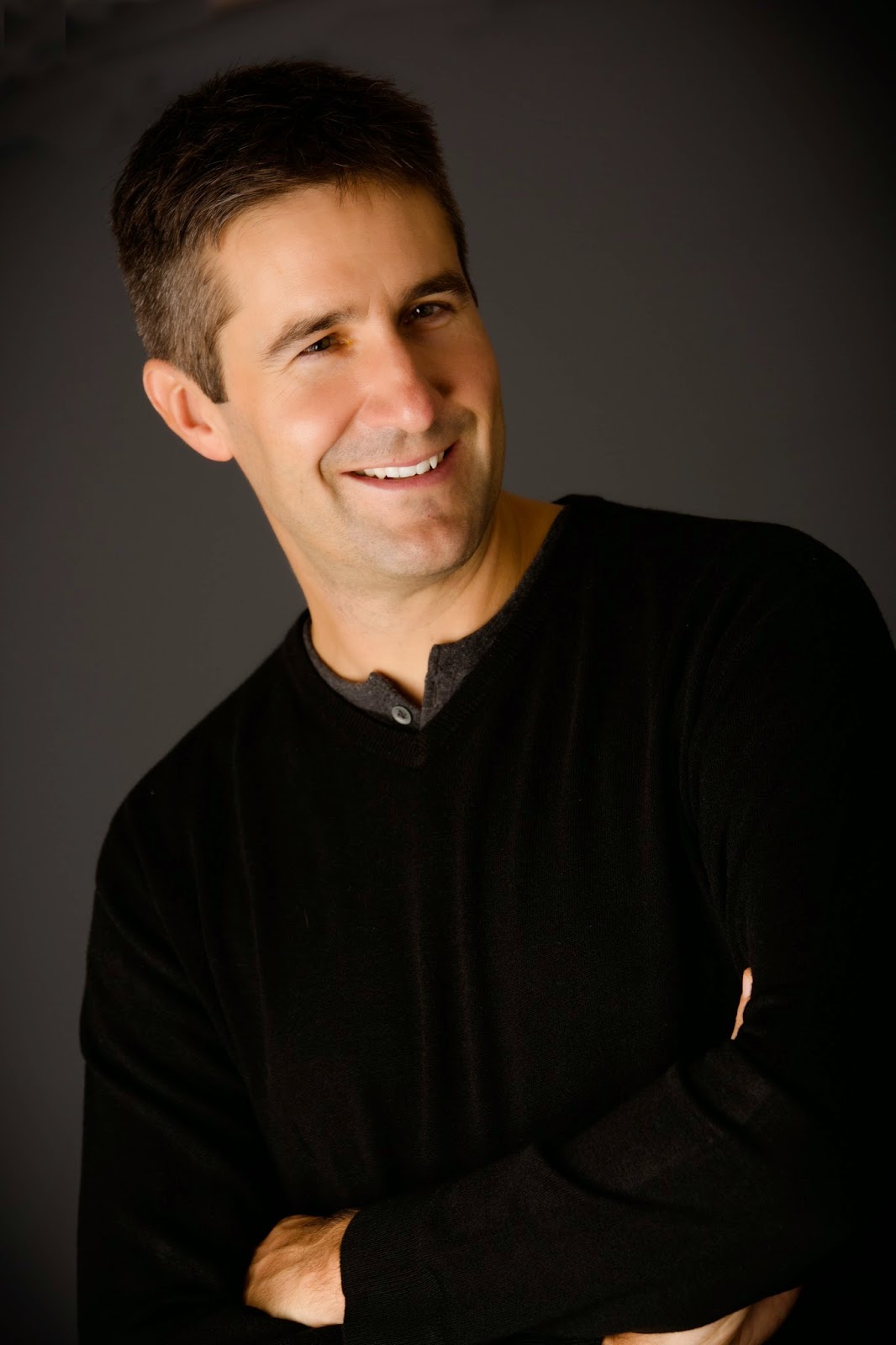 And now for something completely different! I would like you to give a very warm welcome to Ben Adams whose debut novel, Six Months to Get a Life, is being published on Wednesday. I discovered Ben on Twitter back in May and started to read his very humorous blog.

"What do people do when their divorce comes through?" he asked in his very first blog post.

Well, what Ben did was write a book, a funny one at that, and I think we'll all be very glad he did. Since that first blog post, I've followed his path from new writer to publication and I wouldn't be surprised if he is destined to become the new David Nicholls.

So let's make a start, Ben.

First of all, what made you come up with the idea for Six Months to Get a Life?


I am not sure I came up with the idea really. I think it came up with me. My writing career has had a few false starts. While I was at school I wrote science fiction nonsense that I didn’t dare share with anyone. In my 20s I dabbled with crime fiction but too many hours spent staring at blank pages and a lack of life experiences meant that I couldn’t make my stories sing.

In my 30s I mostly wrote boring work-related web content and the occasional acerbic complaint letter to the council, the Royal Mail, The Guardian and the dog over the road – it defecated on my drive.


And then my 40s came along. Sometimes it takes a life event to set you off on the right track. ‘Six Months to Get a Life’ was ultimately triggered by my own family upheaval. My head was filled with a variety of emotions that seemed to me to be looking for a way to escape. Eventually, I just started writing.


Over the course of the Spring and Summer of 2014, my furious typing eventually moulded itself into ‘Six Months to Get a Life’.

I suspect I already know the answer to this, Ben, but how much of the story is based on your own experience?


To start with, a lot. And then through various moments of realisation (including ‘people will slit their wrists if they read this crap’ and ‘my ex will go ballistic and she would have every right to’) the book evolved. I invented a new ex – one who the principal character, Graham Hope, had met at a sexually transmitted diseases clinic. I invented some new friends for Graham, some totally new scenarios for him to get caught up in and, without giving too much away, I invented a love interest.


Whilst I found it hugely therapeutic to get my own personal emotions out of my head and on to a computer screen, I actually enjoyed writing the made up stuff even more. It made me smile and even laugh out loud at times. OK, I know you shouldn’t admit to laughing at your own jokes, but I just did.


You have probably noticed that I haven’t said anything about reinventing the lead character. That is because Graham Hope is essentially me. I know I won’t sue myself for misrepresentation, so, with Graham, I thought I would stick to what I know.


Graham does his best to have a positive outlook on life, as do I. Graham craves human company, whether it’s going out for a few beers with his mates or something more intimate. As do I.  Graham hates nightclubs and is hopeless on the dance floor. As am I. Graham gets tongue-tied around attractive women, as do I. According to Graham’s ex, Graham has a big ego and a small penis.  Next question.

Moving swiftly on! I know your children have read your novel – what was their reaction?


Um. ‘Six Months…’ isn’t a children’s book. I didn’t object to my youngest (he is 12) reading the book, but I didn’t exactly give it to him to read either. I put a version on to my Kindle to take on holiday to proof-read (don’t worry, it was professionally edited and proof-read too). But what I hadn’t realised was that the book would appear on my son’s Kindle as well as mine.


On about day four of our holiday, I was floating about in the pool when, out of the blue, my son asked me what ‘twerking’ was. It transpired that he had been reading the book for the past few days.


He did read the whole of the book. He recognised bits of me in it, as well as the odd venue that we have been to as a family or the odd event that I had ‘hijacked’ (his words – I prefer to say ‘adapted’). He turned out to be a pretty good continuity editor too, pointing out a few mistakes in that early draft.


At the end of the day, much as it pains me to say it, I don’t think I have knocked JK Rowling off the number one spot on his reading list. And I haven’t even made it onto my elder son’s reading list, but that’s fine by me.

There is a rather disturbing scene in a night club... what’s the most embarrassing thing that has happened to you?


Yes, the aforementioned ‘twerking’ scene. That would never happen to me. No matter how much I have to drink, I would never be seen within ten yards of a dance floor.


This month’s interview with a journalist from a popular international website would certainly be up there on my list of most embarrassing moments. The journalist had told me she wanted to talk to me about the book. Great. Why then, did she spend the whole interview asking me about my personal situation and my attitude to dating?


Questions such as ‘Why did you split up with your wife?’, ‘Have you dated since your separation?’ and ‘After being with your wife for 20 years, are you worried about having sex with someone different,’ were all answered with versions of ‘mind your own business’. I was embarrassed by how little I was able to offer her and won’t be holding my breath to read that particular article, if it is ever even written.

I have to confess I'm rather intrigued to read it now, Ben. Next question - you’ve put a lot of effort into marketing your book- how important do you think this is and any tips as to what you think has worked?


I was about half way through writing the book before I even gave a thought to marketing. I was under the impression that if you write the killer book (here’s hoping anyway), it will fly off the shelves. End of.


I now realise that you might write the killer book, but unless you invest money and particularly time in promoting it, it won’t even make the physical shelves. Instead, it will languish in a dark corner of Amazon’s behemoth of a website, undiscovered by anyone except for my mum.


I loved writing the book, but my goals go beyond writing something. I want people I have never met to read it. I want to make my mark on the world. What have I done to turn that goal into a reality? Well, I have jumped into social media with both feet. I didn’t do twitter and was only an occasional Facebook user before my author journey began. I now tweet, have a blog and an ‘author platform’ (I am still not entirely sure what that means).


The most valuable activity I have undertaken over the past few months though has been the networking with fellow authors on social media, meeting friends who have ‘been there and done it’. Wendy is one such author who I am indebted to for her willingness to share.


One lesson that comes out loud and clear from the author networks is that you won’t sell your book without reviews. I have spent much of the past month pitching my book to bloggers. The book launches this week. Hopefully the promised reviews will flood in over the coming days.


In addition to my own work, I am still hoping that my publicist secures some much needed media coverage. My own hard work will only take me so far…

Now let's get down to the nitty-gritty. If Six Months to Get a Life was made into a film (and I shall be expecting seats at the premiere) who would you imagine playing the part of Graham?


As I have said, Graham is pretty much me. So I’m thinking Brad Pitt, Johnny Depp or Jude Law… Cough.

Finally, publication day for ‘Six Months…’ is nearly upon us. What’s next for Ben Adams?


A pint of beer, a quiet smile to myself, and then it’ll be back to writing. I am already well into my second book, ‘Six Lies’. Hopefully it will be out by Christmas.

Thank you, Ben for a very enjoyable (and amusing) interview... I hope you will remember me when you are famous!

Graham Hope had it all – a wife, two perfect children, a detached house in the suburbs and a huge TV.

He now has an ex-wife, lives in his parents’ spare room and gets the kids and the dog at weekends.
He might be lost and lonely, but Graham is not a victim. Six months from today he will be forty-three. He vows to sort this mess out by his birthday. He gives himself six months to get a life.
Will Graham play a meaningful role in his boys’ lives?
Will his mates take him under their wing?
Will he move out of his childhood home?
More importantly, will he ever have sex again?
For Graham, failure is not an option.

You can buy Six Months to Get a Life here


Like a lot of people, Ben went to school, then college and eventually grew up and got a responsible job, a house and a family... and then his mid-life crisis kicked in.
Realising that life was in danger of becoming all too serious, Ben started writing. Not in the way that Forest Gump started running, but at least he started. He wrote on steamed up mirrors in the bathroom to make his children smile. Eventually he graduated to making up stories to entertain his kids at bed-time.

Ben now concentrates on writing stories for grown-ups. He writes for people who have lived, loved, worked, strived and suffered – people like himself. People like you.

Ben lives in southwest with his two boys, his dog and his constant stream of girlfriends. He dreams a lot too.